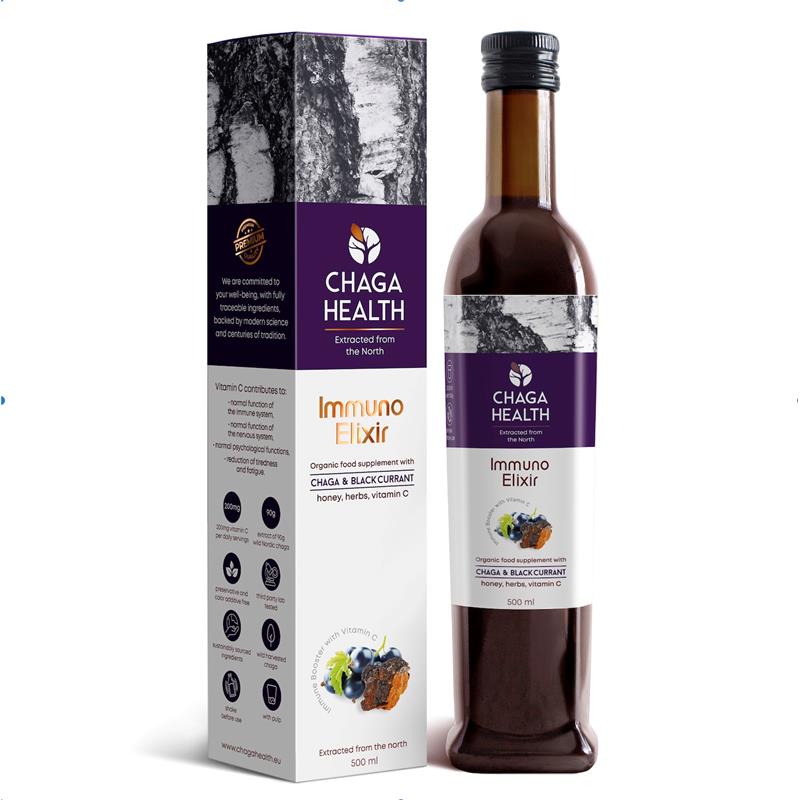 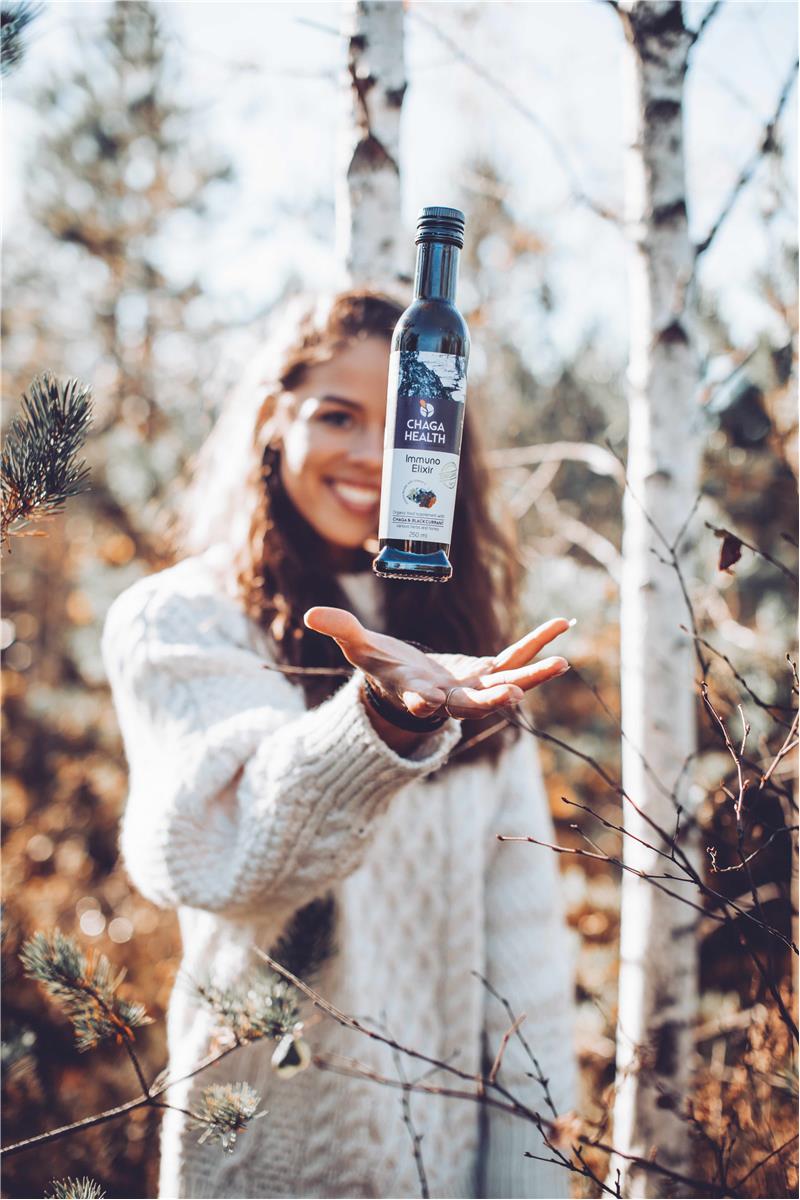 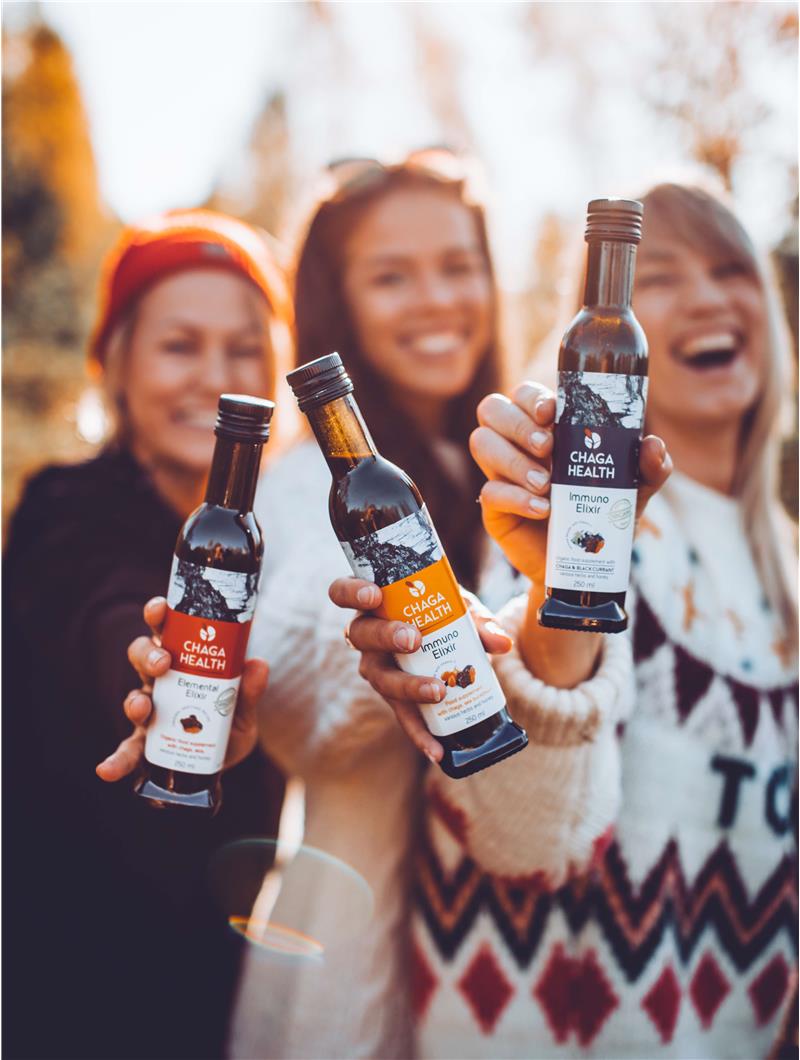 Elixir benefits ANTIOXIDANT, IMMUNITY The Chaga elixir has strong anti-inflammatory potential, as its ingredients have that effect individually. However, until further research into their combined effect as an elixir, we’ll treat it as a food supplement only. Chaga mushrooms are one of the highest sources of natural antioxidants and provide strong immune support. Chaga grows as sclerotia on host trees in cold climates in Eastern Europe and North America.