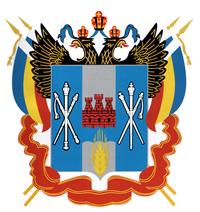 Rostov Region is one of the largest centers of diversified industry, developed agriculture, science and culture in the south of Russia. It was founded on September 3, 1937. The active development of the multisector economy of the region is facilitated by its extremely profitable location between the European part of the UIS and the Caucasus. The area of Rostov region is 100.1 thousand square kilometers. The basis of the resource potential of the Don region is its land. Since old times Rostov region has been the granary of Russia.