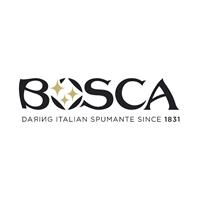 Since 1831, Bosca has seen the uncorking of its wines as a way of sharing, with skill and audacity, the enthusiasm of Italian sparkling wine with everyone. Anywhere, any time. Canelli. This is where it all began and where everything continues today. Six generations later. In exactly the same way. A story that is always told in the present tense. Today, Pia, Gigi and Polina are at the helm of the company. They give Bosca a new look and do so by bravely putting themselves on the line. With them, a new, original chapter is born. A chapter that stems out once again from the desire to go against the tide, aiming to reveal new ways of experiencing sparkling wines, transforming the well-established ritual of toasting into a new and unconventional experience that can be enjoyed every day, by everyone. Because, at the end of the day, being Bosca means to explore. Like real pioneers. This is exactly what Luigiterzo has done in the recent past, leading Bosca across the border to the most remote places of the Old Continent. And beyond. At the beginning of the 19th century, Carlo did the same thing, establishing the company’s US branch and becoming widely known as Mister Moscato. Before him, in the mid-1800s, it was Luigi Bosca's mission. To export his wines on steamships across the Atlantic and bring them to the Italians who had emigrated to America. Even further back in time: a man with his hands covered in soil. He is sitting in front of the notary in Canelli signing the deed of incorporation of his wine company. The name at the bottom of the document reads: Pietro Bosca. The year is 1831. The year when it all started.