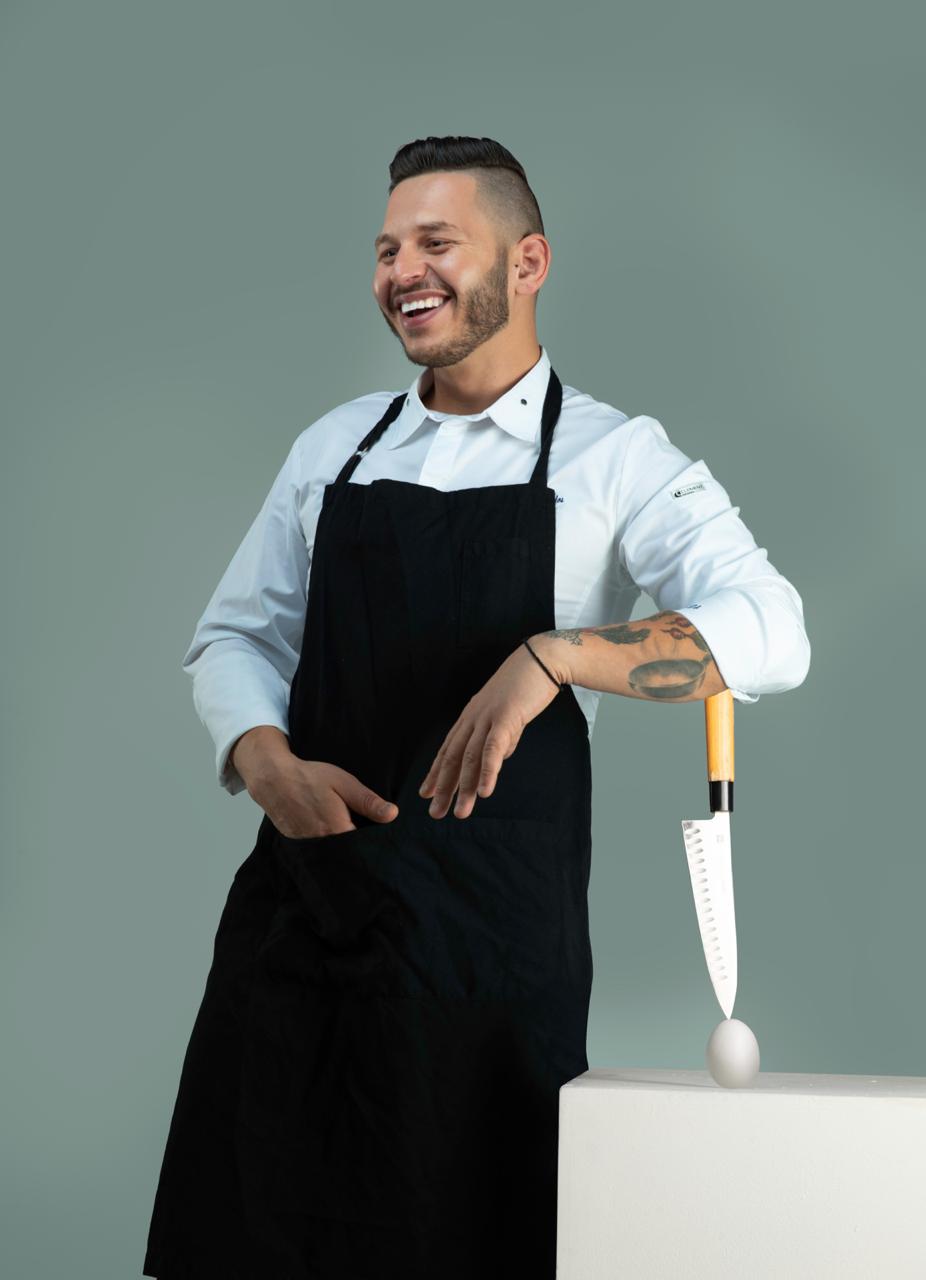 Alexandros is an award-winning chef from Kalavryta, Greece who has dedicated his culinary career to placing Greek – Mediterranean cuisine on more than the world map.

After a successful experience in the Greek islands like Santorini, Mykonos and Athens, he received an offer to promote the Greek culture in Dubai which led to a full-time position with the One and Only Royal Mirage, where he played the role of the leader of three restaurants.

Three years later he co-created Ena restaurant in Dubai, bringing more than 200 authentic Greek products from producers and farmers from small villages all around Greece. In 2019-2020 Alexandros became an official Ambassador of the Greek Gastronomy in UAE (Greek Taste Beyond Boarders). As an ambassador, he dedicates his time to consulting restaurants, organizing events such as the Abu Dhabi Formula 1, Greek Expo, Taste of the World at Gulf Food, UAE – Israel agreement and private VIP events as well as conducting professional and consumer cooking classes. His passion for Greek gastronomy and culture has gained a large coverage by international and Dubai media such as TV shows, radio, print and digital platforms. Alexandros has also promoted the Greek and the Mediterranean gastronomy in Singapore, Italy, Papua New Guinea, Sri Lanka and around GCC countries. Now, Alexandros is the CEO and Founder of Efzin Kitchen Lab and his own production studio which is based in Dubai also while he is leaving his prints all over the world. Efzin Kitchen Lab provides fine dining experiences, food styling, consultations and events where he and his highly qualified team of chefs continue to set the standard for culinary experience providing innovative cuisine and an acclaimed service to some of the world’s most prestigious clients. You can find more about Alexandros ‘Sperxos’ Pavlopoulos on his website www.chefsperxos.com or Instagram @chefsperxos