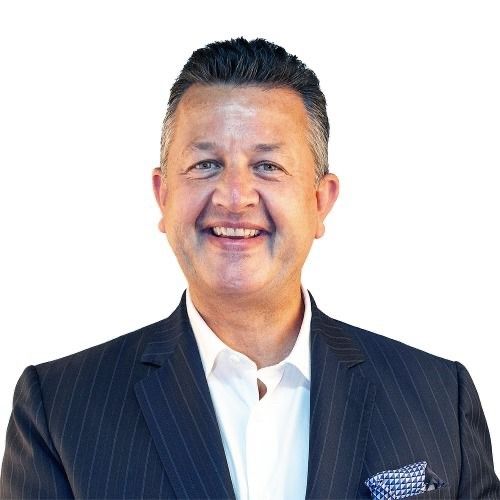 Kym Barter has more than 30 years of international experience in the hospitality and food and beverage industry and has held senior management positions across North America, the Middle East and Asia Pacific. Kym joined Atlantis, Dubai in May 2021 and leads the F&B strategy, as well as concept and product solution development and implementation across both Atlantis, The Palm and Atlantis The Royal, comprising 53 restaurants and bars. Kym’s role also extends to the destinations' in-room dining operation, banquets and catering, as well as a team of signature chefs, sommeliers, mixologists, senior management and colleagues within the Food & Beverage division.

At the helm of Dubai's culinary destination, Kym brings a wealth of celebrity chef expertise to Atlantis, having worked with the likes of Nobu, h.wood, Enrique Olvera and Danielle Sotto-Innes over the course of his career, as well as extensive knowledge in securing and maintaining international culinary awards such as Forbes, the Michelin Guide and San Pellegrino 50 Best Restaurants. In 2022, Kym’s most immediate focus will be the opening of Atlantis The Royal, including 18 restaurants and bars, eight of which will be operated by celebrity chefs including Dinner by Heston Blumenthal, Jaleo by José Andrés and Nobu by the Beach by Nobu.
Prior to joining Atlantis Dubai, Kym served in a variety of leadership positions most immediately as Senior Vice President of Food & Beverage at Wynn and Encore Las Vegas, where he led the strategic direction of the culinary operation for 21 dining experiences and 11 bars, including Wing Lei, the only Forbes five-star Chinese restaurant in North America.
Prior to this, Kym held the prestigious role of Senior Vice President of Food & Beverage at Wynn Palace, Macau, where as an integral member of the pre-opening leadership team, Kym supported the strategic direction of the $4.5 billion integrated resort, overseeing a division consisting of 1,700 team members, managing day-to-day operations and executing strategic business plans for 13 dining outlets. Under his dynamic leadership, Wynn Palace’s signature Japanese restaurant, Sushi Mizumi, earned its Forbes Travel Guide Five-Star award in 2018 and he spearheaded the organising committee for the 2018 San Pellegrino Asia’s Top 50 Restaurants.

Kym’s earlier experience includes a leadership role within Nobu Hospitality where he oversaw the Food & Beverage development of new hotels in Miami, London, Riyadh and Manila, as well as General Manager of Food & Beverage at Crown Entertainment Complex in Melbourne. Prior to joining Crown Melbourne, Kym held Director of Food & Beverage roles with various hotels throughout Asia, including the InterContinental Bangkok, Shangri-La's China World Hotel, Beijing and the flagship Island Shangri-La, Hong Kong.