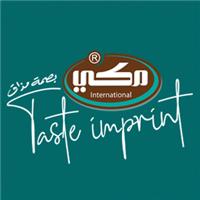 Makki: a leading Syrian institution in the field of food industries, headquartered in the countryside of Damascus. The starting point was in 1952 at the hands of Mr. Muhammad Adel Makki, and in continuation of his hard work, one of his sons, Mr. Hossam Makki, continued his career and launched his own project "Makki" by producing a package of food industries in the form of salable cans. Then the facility continued to develop and diversify its products and began to expand and extend. After initially targeting the local market, it became a wide regional and international extension and was able to enter the global markets. Makki presented 66 products under the slogan: she worked to gain the trust of her customers through the high quality of the products she provided, which It targets young and old, and has become one of the prominent competitors in the markets it entered, and its products were very popular... Planning, creativity and working on the smallest details, in addition to following international quality standards In the preparation of products, and the optimal investment of human energies and development.. All these measures The institution has taken its approach to reach what it has reached now In support of charitable and social causes as well. The company’s strategic was and will remain an important criterion in making its decisions, and its regional and international expansion would not have been so successful without your unlimited trust and support. This precious trust imposes on the institution a great responsibility to make many efforts In order to achieve the best and provide products that suit your high tastes