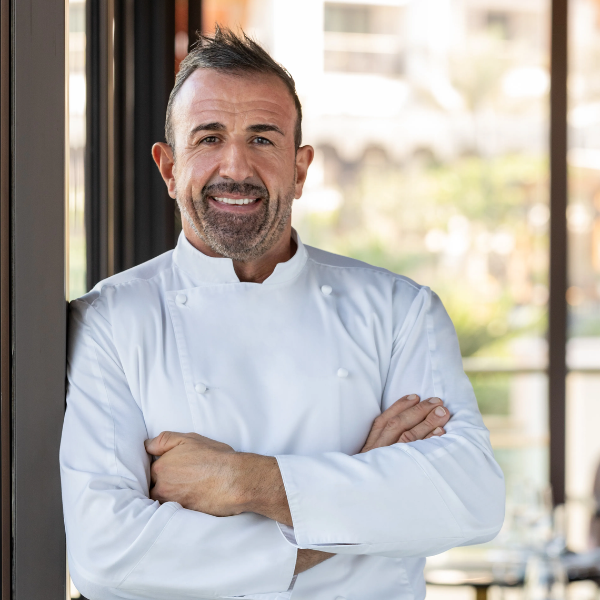 At the helm of fine-dining restaurant, Al Muntaha, is acclaimed Chef Saverio Sbaragli. Born and raised in Tuscany, Saverio cultivated a deep understanding and appreciation for Italian cuisine. To develop his culinary skills, Saverio moved to France where he trained under Michelin starred chefs, Alain Ducasse and Alain Passard, which helped him enhance his skills and knowledge in French cooking. In 2012, he moved to Switzerland and worked at Il Lago, Four Seasons de Bergues Geneva, where he was awarded his first Michelin star. In 2018, he took up the role as Head Chef at Tosca, located in the heart of Geneva, and received his second Michelin star.

Saverio showcases his expertise in every single dish, adding authenticity and his own recipe, making each dish on the menu truly unique. As Head Chef at Al Muntaha, where Chef Saverio showcases French fine-dining cuisine with Italian influences; is located on the 27th floor of Burj Al Arab Jumeirah, award-winning Al Muntaha, meaning ‘the ultimate’ in Arabic, instantly matches expectations with its location. Al Muntaha offers an unrivaled panorama of the Jumeirah coastline and the finest French and Italian cuisine in a sophisticated setting.